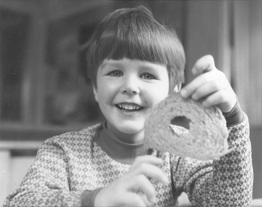 Andrew Kreider was born and raised in London, England – growing up caught between the sounds of the English “folk-baroque” scene and new wave musician poets like Elvis Costello. Throw in the influence of Canadians Joni Mitchell and Bruce Cockburn, a stint trying to fathom T.S. Eliot and ending up at the feet of Hilaire Belloc, then stir in the upheaval of a move to Midwestern Indiana in his 20s, and you get the fertile soil for some first-class offbeat poetry and  songwriting with a “transatlantic drawl.”

Trained in a Mennonite seminary, Kreider spent over a decade as a pastor before hanging up his Sunday best, to give more time to family and to his writing.   While he doesn’t explicitly identify himself as a “Christian artist,” his deep spiritual life runs at the heart of his work.

By turns witty, spiritual and poignant, Kreider turns his poet’s eye on everything from the humiliation of getting a speeding ticket for driving 30 miles an hour, to the moon shining through a hotel window, from the heartbreak of a broken relationship, to a mass arrival of ancient Greeks at a small-town airport. In his songwriting, he moves stylistically from folk and country ballads to rock to spare solo numbers, always centering on his voice and guitar.

There is a delightful edge to Kreider's work; that moment where the listener is not quite sure whether the performer is serious or not – “Wait!  What did he just say?”  And then it’s gone.  The goofy, manic unpredictability of his live performances translates into a wide-ranging catalog of songs available online and on three CDs, as well as a series of chapbooks and a vibrant poetry blog.

Andrew Kreider is joyfully and hilariously married to the lovely Katie. They have three children, a loving dog and a six-foot inflatable penguin named Ollie. 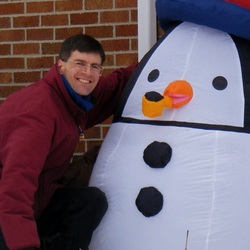